Why we decided to create Itefy

Even though we define our main launch of Itefy in november 2017, Itefy goes all the way back to 2014. It started with a company with a lot of equipment and very little overview.

I was hired as a consultant in a IT company that had a lot of changes lately. Several key people had left, and new people was hired. The company had a lot of high tech server equipment, but the problem was that none of the new people really had a complete overview of it.

It was time to pull up the sleeves and go through all the stuff and make a list, and as for thousands of companies before us, the spreadsheet software Microsoft Excel was the natural choice. We started adding equipment, one by one, registering type, brand, model and other specs, along with login information, usage information and more. To begin with, this worked great, but after a while a few challenges arived.

First of all, since there where several people maintaining the spreadsheet and sharing updated files via email, it was always a challenge to  know which files was the last update. Of course, today we would probably be using a spreadsheet in the cloud, like Google Spreadsheet, to eliminate the file sync challenge.

But there where more challenges that made Excel insufficient. Since the items had one row each, the information stored on each item would be very static. It was hard to add information about usage, to see changes, add documents, pictures and other attachments. And in order to get any statistics or backlogs on usage, condition, schedule, locations etc., the only proper way seemed to be to have one Excel file per item.

Also, as the list of items grew, it was took some effort to find certain items. Should we organize by type, brand, model or other criteria? Each case had its own answer to that.

There had to be a better way

Remember, this was back in 2014, and a lot of decent software solutions has arrived since then. But at the time, we didn't find a solution to suit our needs and wishes. As a full time web app developer and entrepreneur since 2000, I thought to myself that it had to be more than this company that had these kinds of challenges. And I had the competence and experience to build something that could solve the challenges, not only for this company, but for other companies as well.

A new idea was born. I had already seen the challenges, and had some ideas on how to solve them. I wrote a spec, and was eager to begin developing. It didn't take long before I had made a prototype. 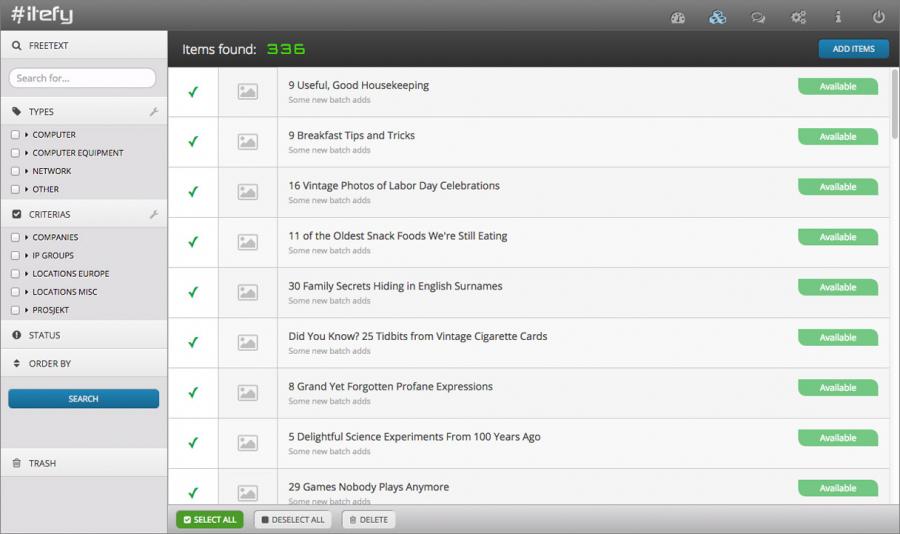 Fast forward almost four years, we re-released Itefy with the biggest update in its lifetime - a complete re-build of the user interface and structure.  And we're looking forward to building improvements and new features for businesses everywhere in the years to come. 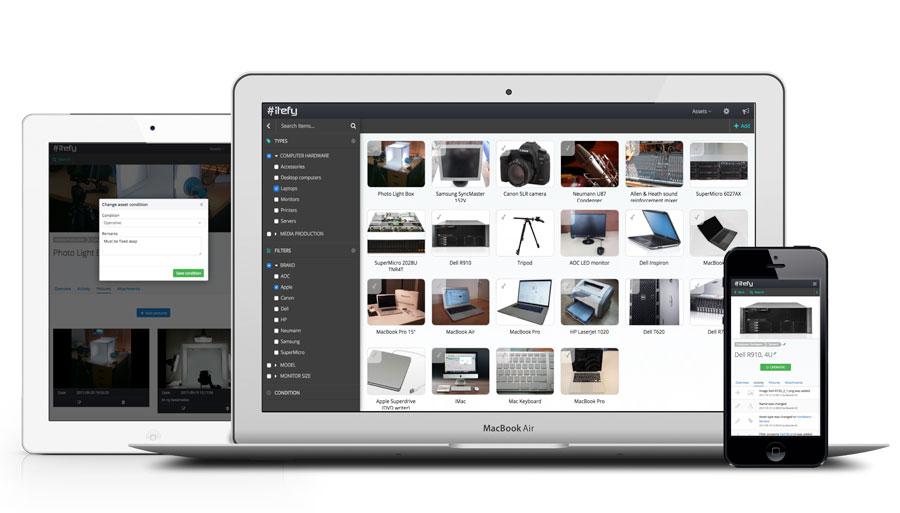