Alongside one of our biggest updates to the Itefy web app, comes the biggest update in our mobile app as well. And regarding technology, we're going back to where we started. 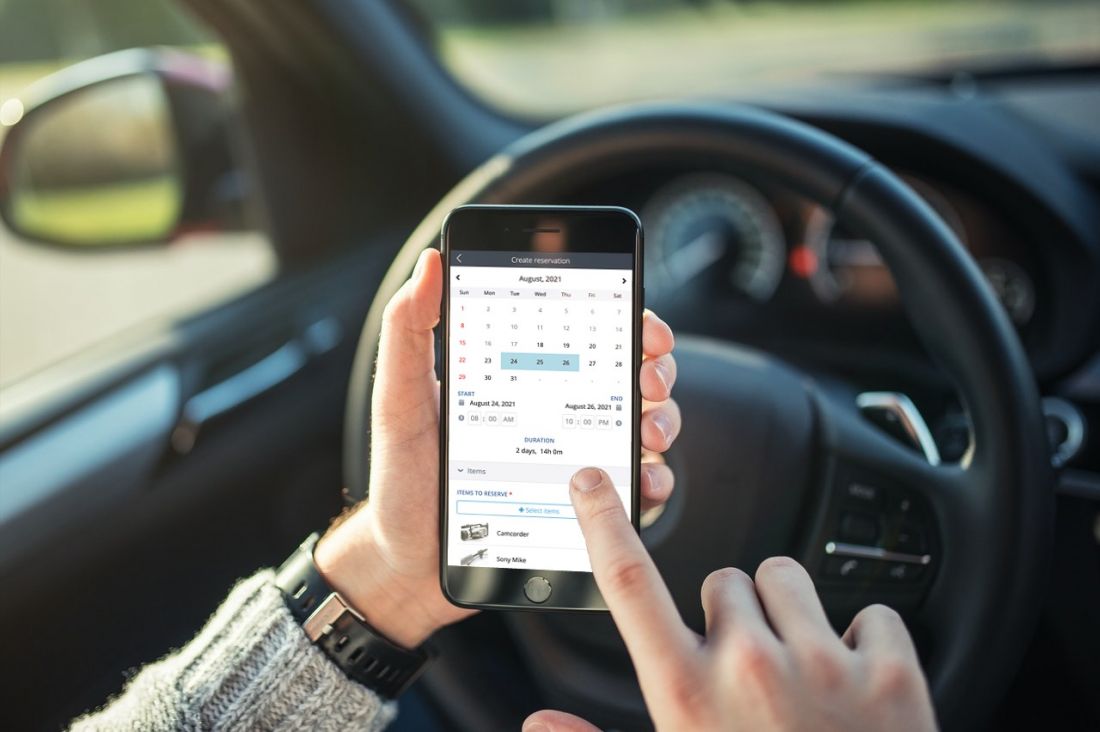 Itefy is not just software, it's a solution to help businesses and organizations gain full control of their equipment. Although the main product is our web app, the mobile app is also vital when you're on the go.

The current app enables you to scan a QR label on your equipment (or, you can browse or search for it), get an overview of its status, check out and in, change location, change condition, report and follow up on issues, and pick or add inventory for consumables. You can also add new items directly from the mobile app.

In our new mobile app, you can do all these things, but in addition, you can create equipment reservations, register events like maintenance, etc., and check out and create events from reservations. You will also have a full overview of reservations, checkouts, issues, and events - all on the go. We have added notifications to the mobile app as well.

One of the new features on both the web app and the mobile app is the ability to include multiple items into one reservation, checkout, event, or issue. This enables great flexibility and saves the user a lot of time. There is also a direct connection between a reservation and a checkout so that checkouts can be performed from the mobile app within just a few seconds. 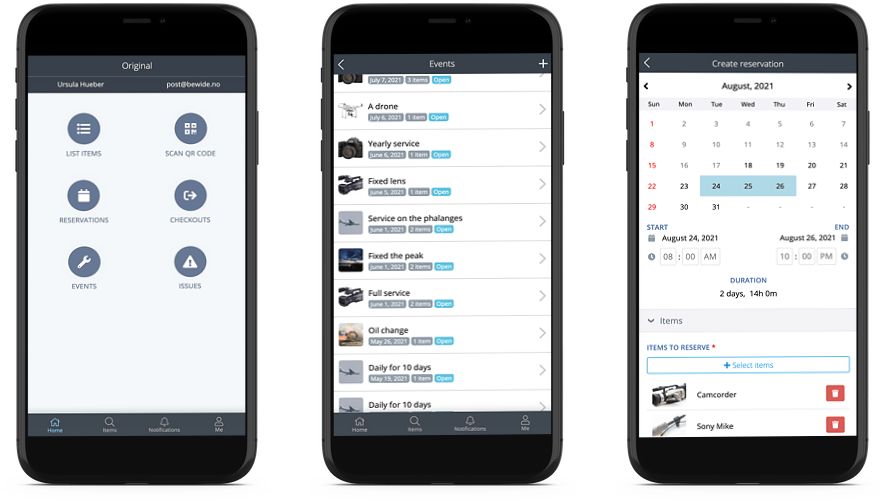 Back to where we started (kind of)

The first version of the mobile app was built with the same technology as the web app. However, at the time, the possibilities on the web platform for mobile devices were limited. The mobile app was therefore wrapped in a native mobile app, where we could add functionality like QR scanners, geolocation abilities, etc. as plugins.

Later, the mobile app was completely rewritten into a native mobile app. At the time, this made sense: A native app was significantly faster and smoother than a web-based mobile app, and the gap between the special functions like the QR scanner for instance, and the rest of the app, was closed.

On the downside, creating and maintaining a mobile app using different technology for the mobile app than the web app, took a lot of extra time and resources, slowing down the development of the entire Itefy solution.

However, as time went by, both mobile devices and web technologies improved and matured. In 2015, engineers at Google came up with the term "progressive web app" or PWA, to describe apps taking advantage of new features supported by modern browsers, especially on mobile devices. During the last years, this has made the performance, usability, and functionality ability gap between native apps and web apps on mobile devices, smaller and smaller.

There are still some types of mobile apps that will perform significantly better as a native app, like for instance games and other graphics- or processing-heavy apps, or apps that need closer access to the mobile device hardware. But for apps like Itefy, web technology is perfect - now also on mobile devices. There is no longer a need for special native plugins to scan QR codes, file and picture uploads are integrated and standardized, and the devices themselves are now so powerful that the user experience (UX) can be just as good as for native apps.

Not limited by App Store and Google Play

Releasing updates to a conventional mobile app may take up to a week because it has to go through Apple's often rigid approval process (the updating process at Google Play is quicker). With a PWA however, there is no need to publish app updates to App Store and Google Play. The app is simply available from a website, and installation is optional. If installed, it will appear and act as any other native iOS or Android app. And even better, when there are updates available, it will update itself automatically.

On the positive note, since we are able to use the exact same technology as for our web app, and because we don't have to go through an unpredictable approval process for every update, we will be able to fix bugs and release new features and improvements much quicker and painless than before.

When will it be available?

The new PWA-based mobile app will be released in parallel with the web app, which is scheduled for October '21. We will at the same time pull the current mobile app away from App Store and Google Play, as it will no longer work after the release.